Murchison Station is a fantastic place, well setup for both the intrepid traveller and the caravaner alike. We took the opportunity to camp out in the station rather than near the homestead. Best decision ever! You just couldn’t beat the spot, with big trees for the hammocks, a rocky outcrop where the kids played and the ability to have a fire. It was great to have our friends Macs Tracks and Mars with us to share this incredible place. 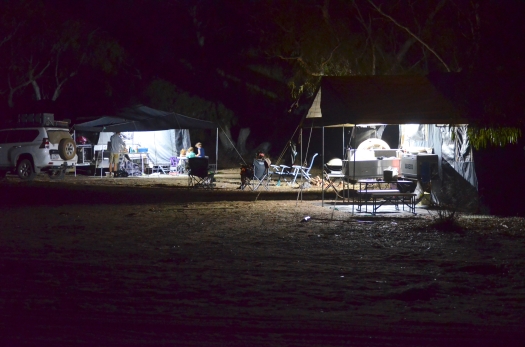 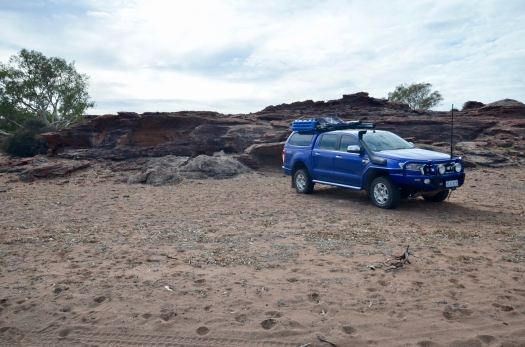 Kalbarri is a nice little town, although I think we saw more of the Laundromat than any other part of the town. About ½ hour drive from Kalbarri is the Pink Lake, otherwise and correctly known as Hutt Lagoon. We did the silly tourist thing by stopping at the first photographic area. This was a little filthy and cramped with cars, 4WD’s and caravans. We left our truck there and walked around the corner a bit, to where the lake was so pink and covered in a very thick layer of salt. It was so thick that we took off our shoes and socks and walked out onto the lake. Not really sure whether it was totally safe, but we survived with only crusty feet and a few mud spots. 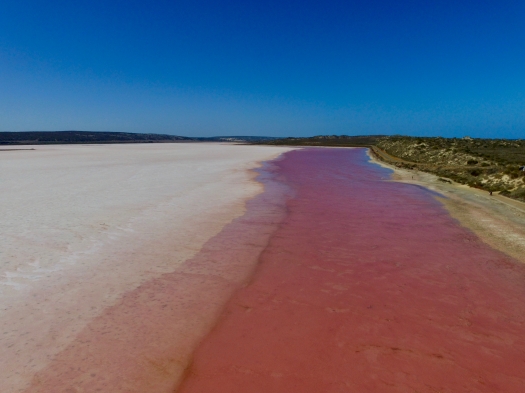 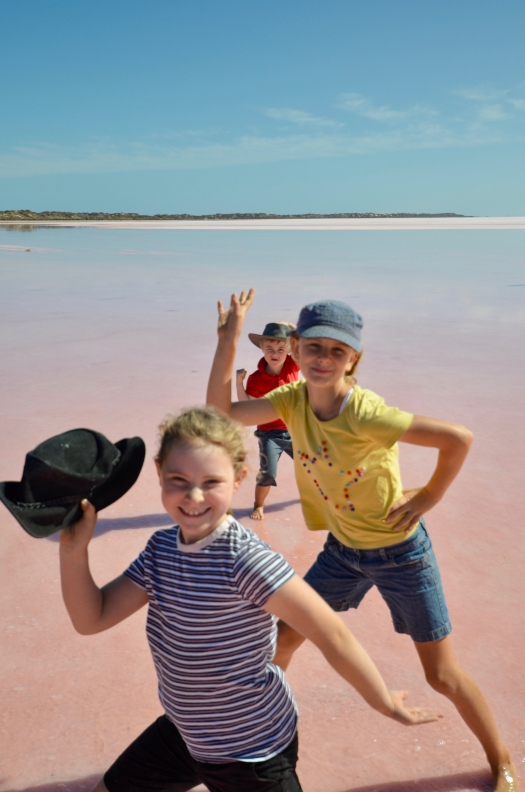 The time that we were in town there were a few controlled burns around the town itself and in the National Park. I generally have no issues with controlled burns, but these were pretty spectacular. Thick black smoke spewed from the fires and at one point I was sure it had to be more than just bush. The up side was the really pretty sunsets.

Kalbarri National Park was the first of the WA gorges that we have experienced. One iconic spot is Natures Window, a natural formation of layered sandstone weather to form a hole. But what makes it pretty cool is that you can sit inside the ‘window’ and take a photo with the gorge and the Murchison River in the background. A very popular spot! We were also amazed to see some of the layers of sandstone with wave marks in them. Pretty cool! We also explored the ‘Z-bend’ another part of the same gorge system. Another very beautiful place.

Hands down the best part of this area was staying at Murchison Station. As I said before the camp spot we had was fantastic. The 6 kids were able to play on the rocks, in the trees and as far as we could tell they had a ball. We also had the entire station to play on too. One of the days was dedicated to exploring the station. So the three families set out for a days 4wding. I could write about every little bump, tree, rock and fence, but that wouldn’t interest most. We drove only about 120 kms but it took us nearly 7 hours. In that time we drove though yellow, white, red and pink sand, over grey, white and pink rock, through scrubby bush and lunar landscapes then through gorges and river tracks. It was amazing. And although we were in the car for so long we could have kept exploring, but it was nearly beer o’clock and the fire needed lighting. 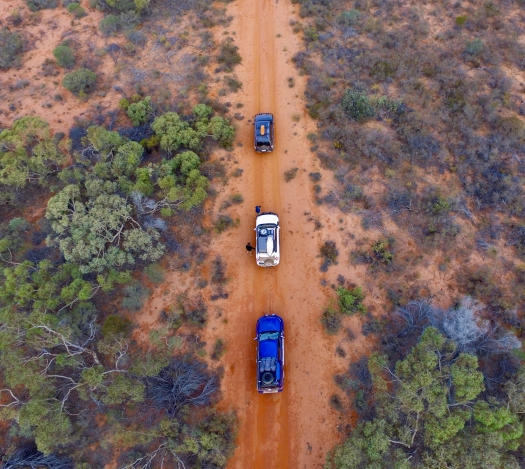 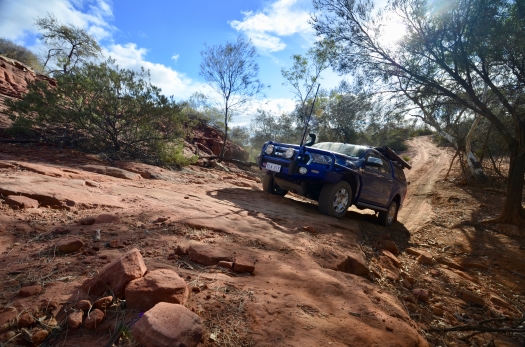 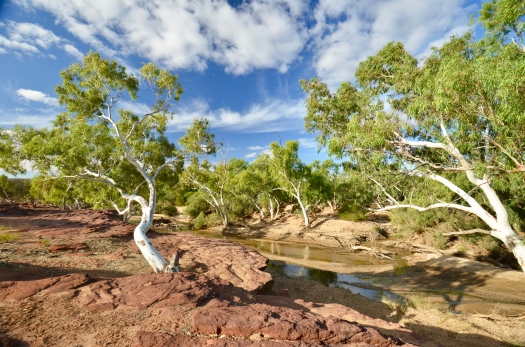 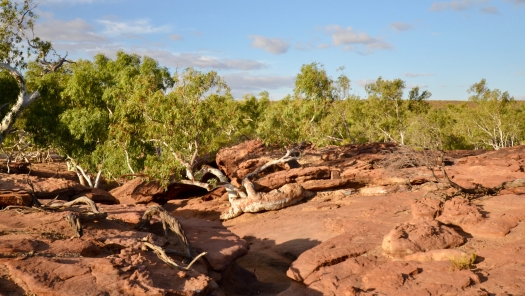 Every night we had a campfire, either in the Snow Peak fire pit or on the ground. We even had the chance to experiment with making damper. Macs Tracks made a fantastic savoury damper with ham, cheese, olives and other stuff. I attempted to make the dessert damper. I got the kids to help measure and mix the flour, milk, butter, sugar and spices. It was nice, but I think it needed to have more sugar to sweeten the mix. Happy to keep trying the mix any chance I get. A great time with friends and a great place to chill out. As per normal, all good things become a blog post and a new adventure is ready to begin. After another mad dash into town to grab milk and bread, we set out for Hamelin Station to see Shark Bay, Monkey Mia and to prepare for our trip to Dirk Hartog Island.