Since we had started talking about this trip one of the main attractions was to spend some time at Ningaloo Station. If you don’t know about this place it is situated on the Ningaloo Reef and is reasonably isolated, meaning that you have to be totally self sufficient (there are no toilets, water or power). This means that the clientele are a bit more hard-core and they value the place and look after it and one another. A very different vibe to a caravan park. Also, it was our first campsite above the Tropic of Capricorn.

Unbeknownst to us, our site was a ripper. It was on the beach, at the end and only about 20 or 30 metres to the waters edge. Our neighbours Peter and Allison were frequent visitors over the past 20 years and were happy to give us the lowdown on the etiquette, the fishing and the snorkelling. Once again Macs Tracks had beat us there and also were able to give us some titbits of info to make the stay more enjoyable. 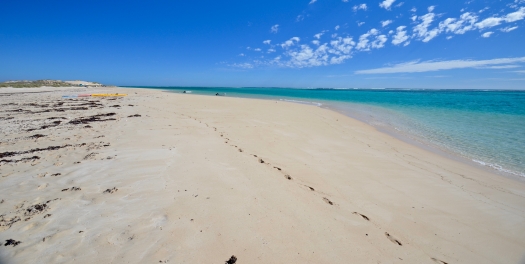 We set up nearly the full camper, which we haven’t done before. This was due to a bit of onshore wind and the need to set up the ubiquitous ‘Porta Potti’. This was the first time I had used one and I felt a bit silly taking instructions from Craig how to prepare, use and flush a toilet!

Ningaloo Station is probably best known for the pristine and relative private reef with abundant snorkelling and fishing. Craig took every opportunity to do both fishing and snorkelling. It is just unfortunate that everyone, including four-year-old Mia, caught more fish than Craig. However, his footage and pictures from exploring the reef are amazing, albeit rubbing salt on the wounds due to the amount of fish he saw! 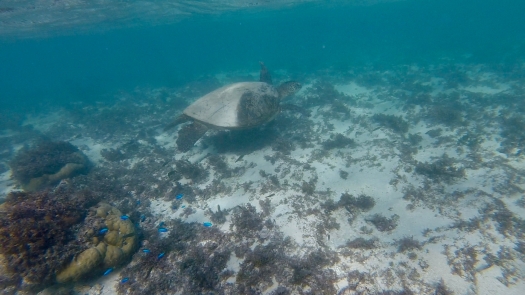 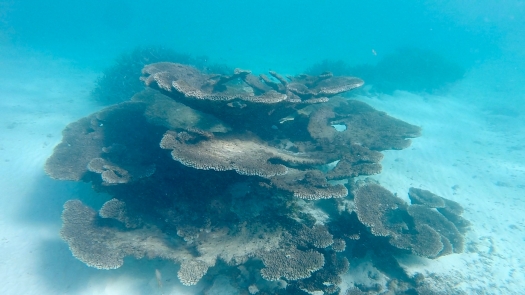 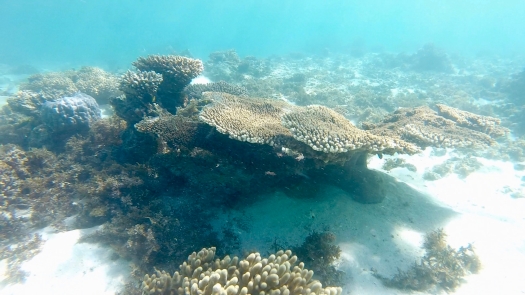 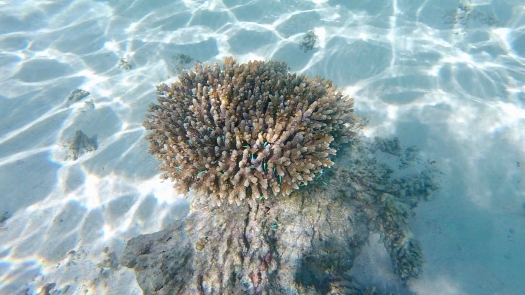 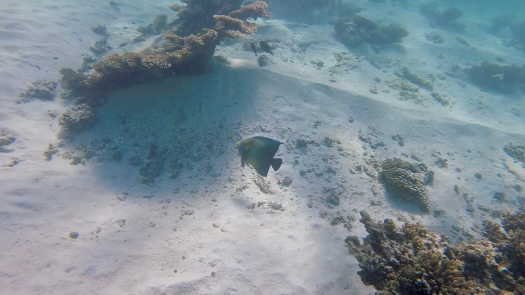 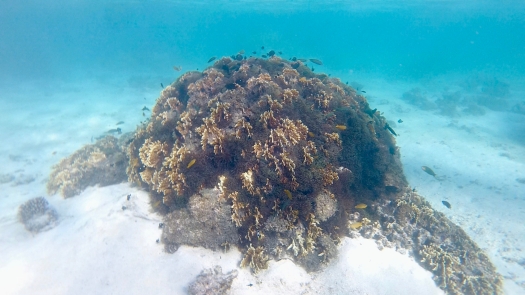 One of the days was perfect, with no wind and full sun, making it irresistible for us to stay out of the water. The stand up paddleboard was great to get above the water for a top down view. We saw reef sharks, turtles, thousands of fish, sea cucumbers, plate and brain coral. We also saw a few idiots! Even with such few people around there are still those who don’t use common sense. A small boat full of people sped through on low tide and hit a section of the reef. When I say hit, I heard the heavy thud nearly 80 metres away, in fact everyone on the beach saw it. After these idiots scrapped their way off the coral, Craig went out to look at the damage. A full section of plate coral had been broken away from the reef, obviously damaging the habitat for the sea life living in and around the coral. Not the best thing to see happen in such a wonderful place.

In addition to the reef, Ningaloo Station has a few historic sites. We took a morning to try to find the Norwegian Bay Whaling Station. After testing out our newfound sand dune driving skills, we found the site and were not disappointed. The remains of the boilers, tanks and engines were all there to see in various levels of decay. I found the formation of the rust and the holes made the metal sheeting look like lace work. On the beach were the remains of the pulley system to haul the whales onto the beach. It must have been quite an operation. We intend to look up a bit more of the history later. Craig made two really interesting discoveries. The first was near where the boilers obviously had been set up as the ground revealed circles of what appeared the be thick glass. We deduced that the heat from the boilers had turned the sand to glass. Pretty cool! Also the rubbish tip revealed that the workers loved to have a beer or two. There were about half a dozen mounds of beer bottles all laid out in circles creating dome shaped mounds. The unfortunate thing about this was that we forgot our camera and didn’t take any photos… 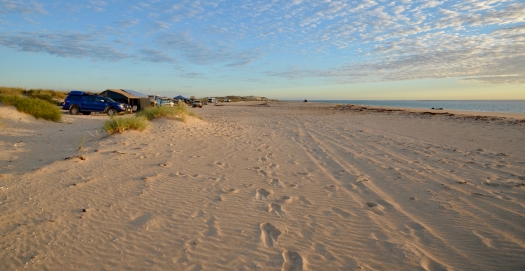 It was a bit sad when it was time to leave. Ningaloo Station has been a highlight and really enjoyable. I won’t however miss the sand in the bed, in my shoes, in the clothes or the food! But will miss the sunsets, moonrises, the company of fellow campers and the pristine water and reef.