NB: As you might have realised we have been in the Kimberley on the Gibb River Road without any reception (ahhh bliss). Therefore, the last couple of weeks posts will happen over the next few days. Sorry to bombard you but that is how it is.

After nearly 2 years of planning we finally have come to the part of the trip that has excited us the most, driving the Gibb River Road.

Driving out of Broome was a little exciting despite the road being boring. We knew that we were not going to stay or look at Derby this time, but we did want to see the Prison Tree. It did not disappoint, it was chuge and gnarly with heaps of scars and carvings. Apparently it was over 1500 years old, not sure how they estimated it but it was definitely old.

We filled the diesel tanks and the jerry cans in Derby and turned right. This was actually big moment for us as this was the point in which we turned for home. We were only about 5km along the dirt before we saw its first victim. A Colorado and Jayco was limping back to Derby with a broken strut. We thought that this is going to be an interesting journey. 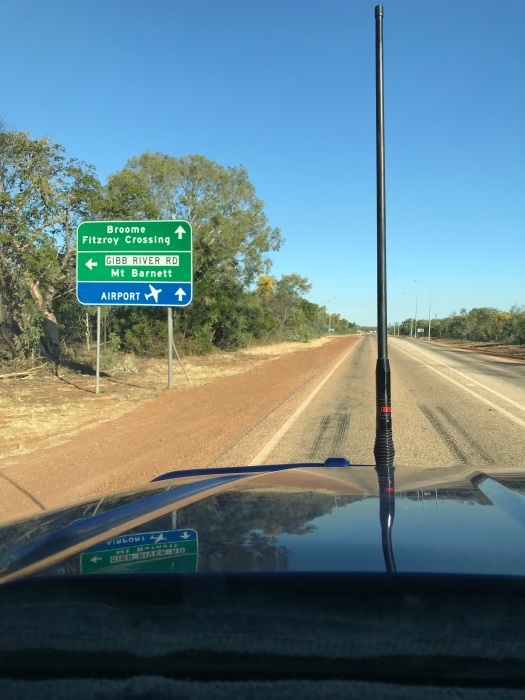 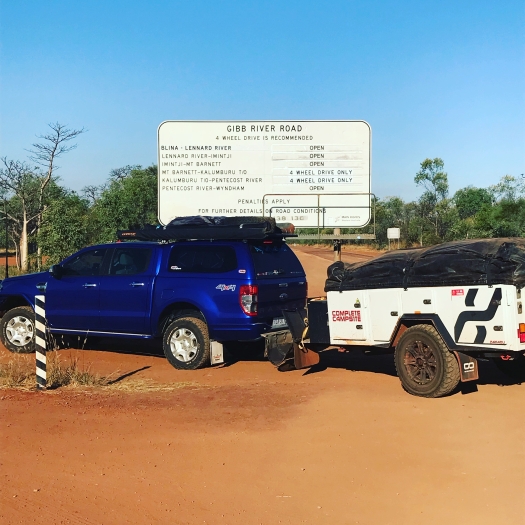 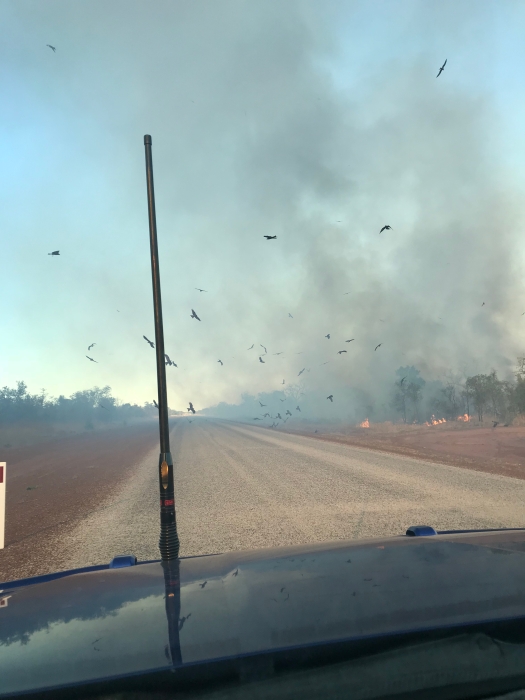 Our first stop was to be Windjana Gorge, a popular spot to explore a couple of amazing gorges. We pulled in late and thankfully our new friends, Dave, Katie, Taya and Zoe had sort of saved us a spot. We were introduced to another family from Melbourne. After a quick chat we realised that I had worked with Mick and Wendy back in Melbourne nearly 18 years ago…how time flies. It was great to meet families and have the kids play with a wide variety of kids. We explored Windjana Gorge first to see the fresh water crocodiles sunning themselves on the sand banks. We saw a few, but not as many as I thought we’d see. The walk was also shorter than we thought so we took off to Tunnel Creek before lunch. This was pretty cool, not only the scenery but also a bit of the history of the people. The entrance was a little bit of a challenge but we made it. The tunnel was cool and we had to walk through some water, which was OK except that we could see the fresh water crocodiles watching us. We were also rewarded with some beautiful rock art at the other end. 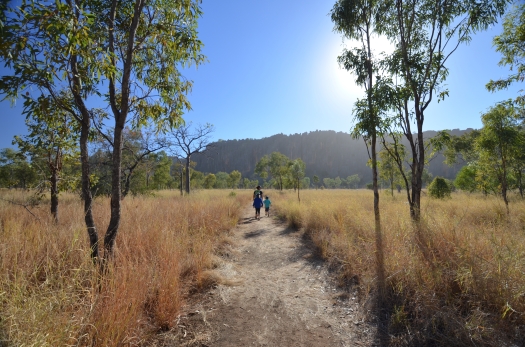 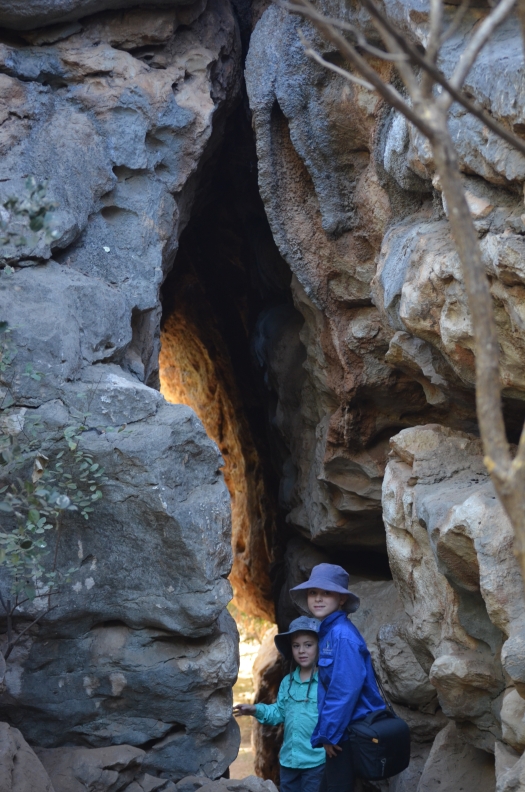 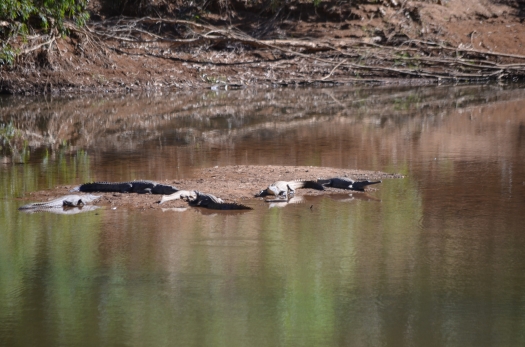 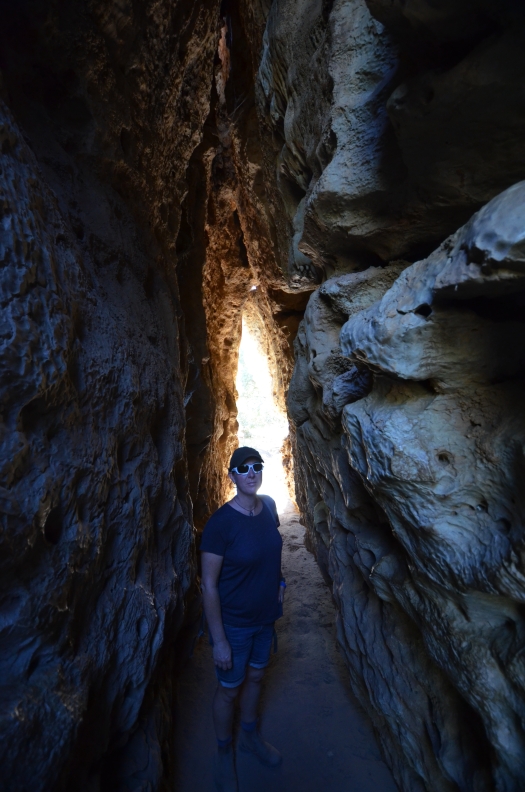 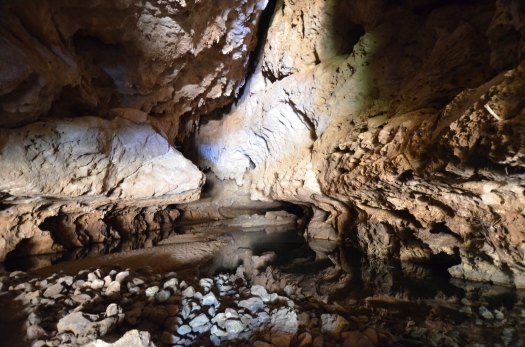 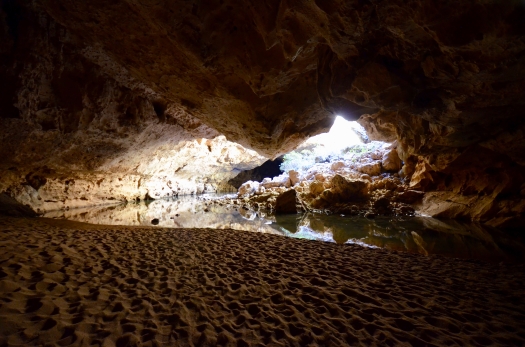 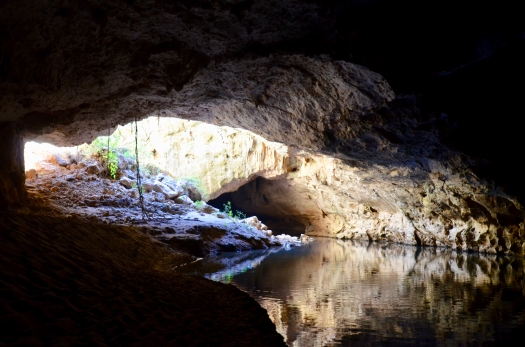 From Windjana, we did a little side trip to Slient Grove and Bell Gorge. While we were not going to stay here, Craig wanted to swim at Bell Gorge before the next stop at Mornington Wilderness Camp, an Australian Wildlife Conservancy property. Lucky for us we had a little connection with the new managers who were the kids of Craig’s parents friends. Jason, Barb and the kids were so accommodating and friendly, they will be a great asset to this fantastic property. Here we were able to canoe Diamond Gorge, spying rock wallabies, freshies and fish. Craig had the luck to spot a Gouldian Finch, a pretty rare colourful bird thanks to Kate our friendly bird photographer. There was also a visit to some swimming holes and a rope swing to try. Mornington was a fantastic place for the kids to chill out, do schoolwork, and build shelters out of sticks. The best way for kids to play. After three nights we were headed back to the main Gibb route and sorry to leave such a wonderful place. 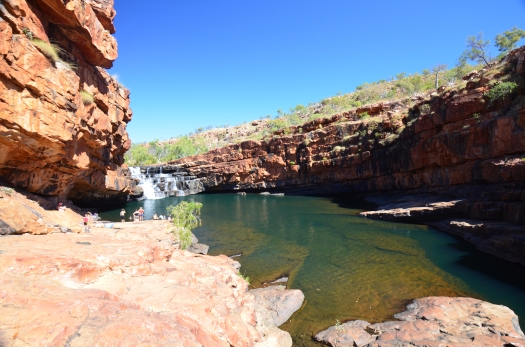 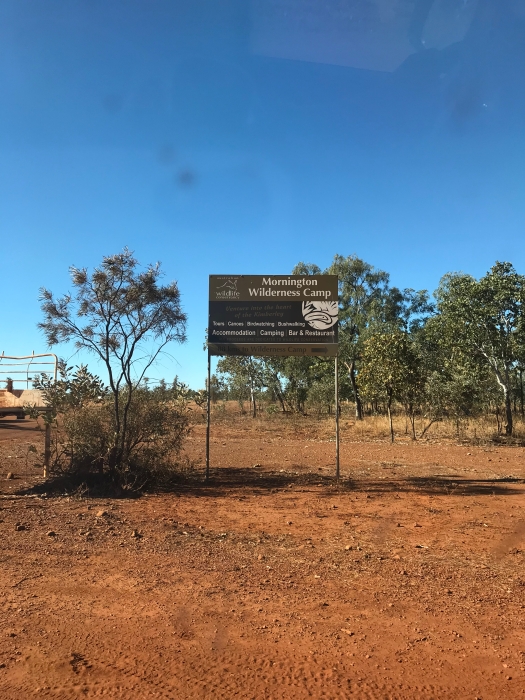 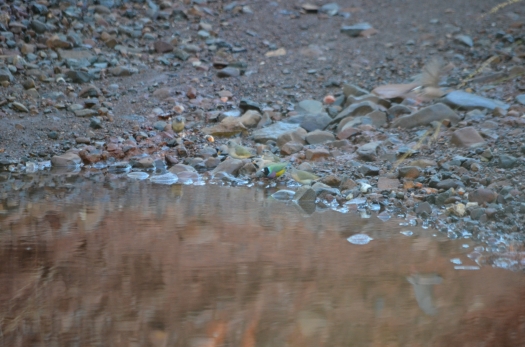 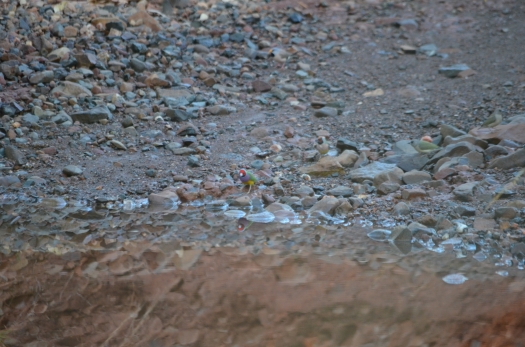 One thing that we can say is that the Gibb River Road is a challenging road to travel on with lots of traffic and as it is school holidays, there was lots of traffic. The main problem is the Kimberley Fog, otherwise known as dust! The other problem is the amount of people who do not have UHF communications and overtake with little to no visibility. Pretty hair raising and positively dangerous. We were lucky to not witness any major accidents!

Mount Barnett and Manning Gorge was the next stop. Whilst we nicknamed this place “Manic Manning’ due to the sheer quantity of people, it was a great place. Our camper was parked in a private shady spot, which was a great place to retreat to. On the first morning we had planned to walk to Manning Gorge with Dom, Kate and Jackson. The first part of the track was a punt across the river. It was pretty cool to pull yourself across the water and the kids loved it. It was great that we left early because the day quickly turned warm and we were definitely in need of a swim by the time that we reached the gorge. Manning Gorge is huge, with waterfalls and sandy banks with plenty of room for ALL the people there. Craig and Kate were the most adventurous of us and jumped off the high rocks into the water. Even Campbell jumped off some little rocks. Unfortunately, the swimming through the waterfall and jumping had to end and we had to make our way back. The rest of the afternoon was spent lazing around and building a fire for making damper later that night. The rest of our stay consisted of lying around in the water next to the punt and swinging off the little rope swing. It’s great to have the opportunity to relax and unwind. 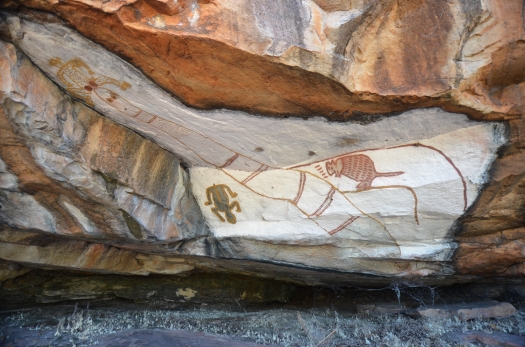 On our way out of Manning, we had to call into Mt Barnett to refuel. It is disconcerting seeing the dollars climb quicker than the litres going into the tank. Next stop Mt Elizabeth Station and the remote Munja Track. 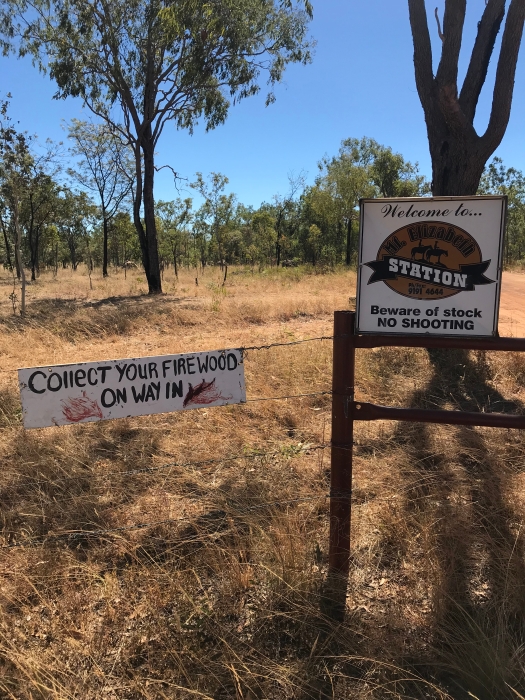