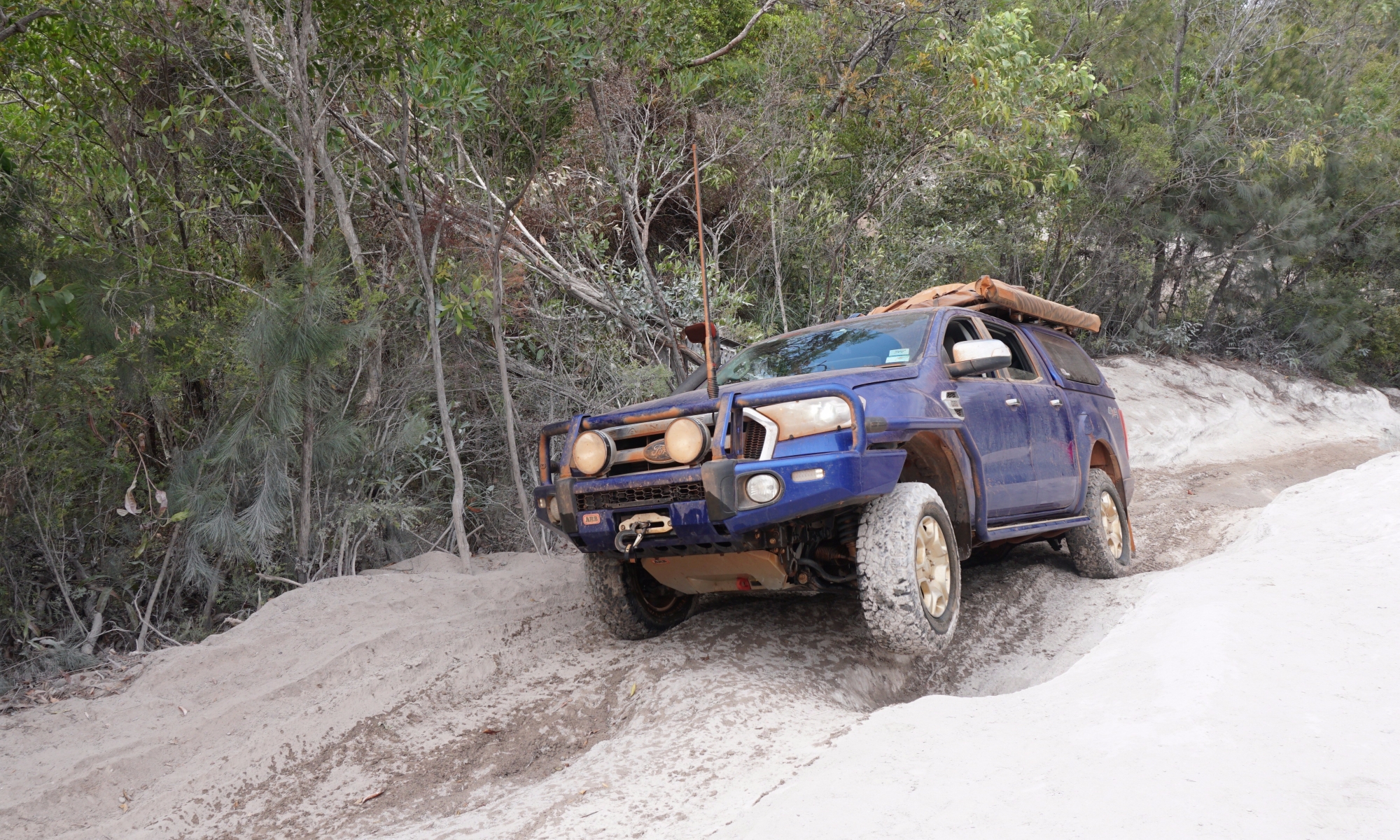 NB – This post is a little different. We completed the Old Telegraph Track (OTT) in two parts, the Southern Section and then the Northern Section and in between we visited the Tip and Thursday Island. However, for readability sake I have put the OTT experience in one post.

So we drove out of Weipa restocked and ready to conquer the Tip (the northern most part of mainland Australia). First stop was Bramwell Station, a spot to stay near to the southern start of the OTT (Old Telegraph Track) with a bar! We were lucky to bump into Tim, Christine and the kids and another family we had just met in Weipa from Canberra, the Meandering Middo’s (Steve, Michelle and the girls). This made for a great recipe for a good chat and some laughs. Not that we really enjoyed the Host’s welcome and ‘talk’ as he touted some interesting propaganda against government run land. It did raise a few interesting conversations over the evening.

For those who don’t know about the OTT, it is classed as a dangerous road and was formally the track to maintain the telegraph poles from Cairns to Thursday Island. There are still the old metal telegraph poles, a grave of a telegraph worker and cool termite mounds. So much to see and do along this stretch of track. The last section is rough, has very deep and steep water crossing and is not maintained. It is a mecca for 4WD enthusiasts and idiots (yes, there is a difference).

We were leaving our camper at Bramwell Station and attempting the OTT (south) as a day trip. As we arrived at the turnoff for the OTT it was appeared very underwhelming, just a tiny one-car track off to the left of a Roadhouse, but the sign was there and we drove in.

Palm Creek – the first crossing (south to north) with a very decent vertical entry. We watched an 80 Series Landcruiser successfully complete this entry and after watching it we decided that the chicken track would be OK for us.

After another 3 or 4 crossings, the famous or infamous Gunshot Creek was next. It has a near vertical entry of about a 5 metre drop. I can’t see how a vehicle can actually drive this, but people do, some make it and most don’t. Again we took the chicken track off to the right, which took us along the creek bed and safetly up the other side.

Taking on Gunshot via the Chicken Track.

After successfully navigating Gunshot Creek, we needed to regroup and cool off. Lucky for us the OTT is not just about creek crossinngs and 4wding, it also has amazing waterfalls. Fruit Bat Fall is one of these and we were very lucky to have it virtually to ourselves.

The first crossing resulting in a recovery…not ours…was Mistake Creek. Another couple had actually lost the use of 4WD in their old Ex-Army Landrover. It was great to help and even better that we got to use the winch for something other than pulling out tree stumps.

Big Blue waving wheels on the exit from Mistake Creek.

Cannibal Creek crossing was pretty cool and bit deep. On the exit Big Blue was waving with both front tyres. It’s not the video or photos we’ll be putting on the for sale sign. You can also tell from Craig’s reaction in the video below that it was a little hairy driving out of the crossing.

Of all the crossings Logans Creek was the most hair-raising and the most challenging and the one that caused the car a little bit of damage. Logans is a long deepish murky crossing with a sandy bottom. After walking and deliberating the line he was going to take, Craig hit the gas and barrelled through the crossing and the car made the biggest bow wave I have seen, I even had to jump it as I was filming. Unfortunately a small amount of water got into the air filter which needed changing before we could continue on our way.

The last crossing was the one most people were worried about. Nolans Creek had a reputation for being short but very deep. Some people had witnessed cars floating a little before touching the bottom, others had seen cars inundated with water.

Needless to say we were worried. Craig took extra precautions with covering the front of the car with a tarp and re-sealing the little hole inside the airfilter. After more walking, wading and deliberations Big Blue took the plunge and came out unscathed.

Craigs reaction in this final video pretty much summed up the feeling of completing the OTT undamaged. We had a ball on the OTT and it was made all the better being able to share the experience with friends such as Dom, Kate, Steve and Michelle and all the kids.