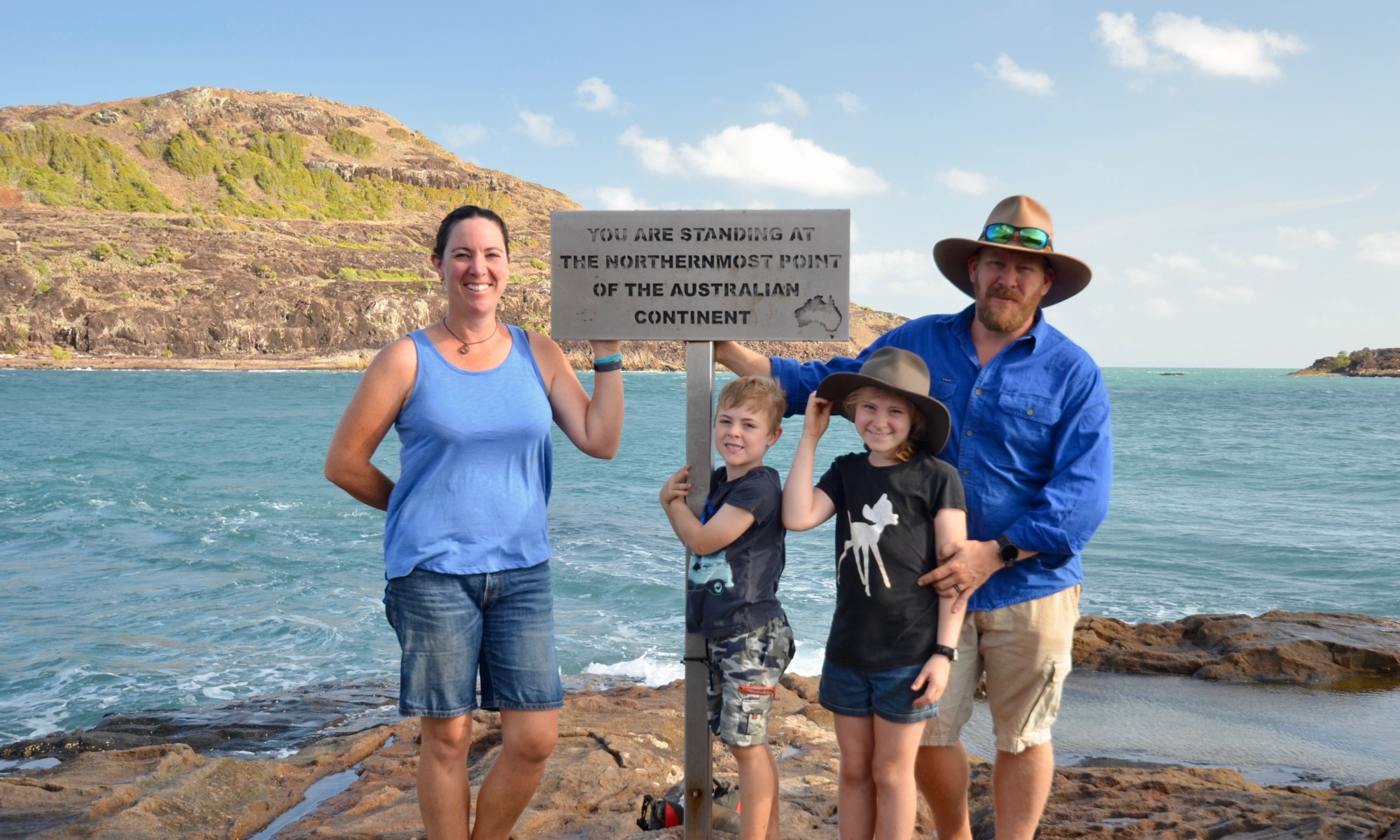 So this is part two of our time up on the Cape, which included our drive of the Old Telegraph Track in the previous post.

From Bramwell Station we drove all the way to Punsand Bay so close to the tip of Australia. To get there, houwever, we had to cross the Jardine River. Previously it was a pretty difficult water crossing, hazardous because of the depth and flow of the water but more importantly the crocodiles, as seen by the sign at the entry to the crossing. Like most of the water crossings on the OTT, we took the chicken track, or more specifically the Jardine River ferry. We had to run on Island time, as we got to the crossing only 10 minutes before lunch break. This meant that we had to stay for lunch as there was NO WAY the ferry would run during the 1 hour break…except for the locals and other random emergancies, tourists didn’t count for either.

The top of Australia didn’t disappoint. Punsand Bay was a brilliant place to stop. Nothing beats a beachside campsite (although we could’t swim), a bar, a pool, great amenities and a view. We based ourselves here for four days while we explored.

On our first day we went hard and drove straight to the Tip to get the obiligatory photos at the famous sign. Apparently there is a tradition to put a rock on one of the very large rock cairns for luck and we all need good luck.

After seeing so many different poses from Facebook pages of people at the sign it was pretty difficult to come up with anythin unique. But we did have fun posing and taking silly photos.

We decided to tackle the five beaches run, which is pretty much as it sounds, a 4WD track that traverses along five seperate beaches. It was pretty, but again there was flotsum and jetsom along each beach reminding us there there is just too much plastic in the world. Whilst we completed it successfully, there was one little scrape on the running board that will require a touch up at some stage.

The tip is full of history in the area ranging from first inhabitants and islander influences to WWII air history. We were interested in the plane wrecks and the stuff dumped by the military at the end of the conflicts. The fuel drums even had the very indentifiable Broad Arrow mark of the Commonwealth and the Department of Defence.

We had a fun time shopping at the famous Croc Tent and meeting ‘Sauce’ the very tiny black piglet. We were also swooped by tiny micro bats who had made their home in the tent. Pretty cool and the kids loved it.

Our big ticket item up here was taking a day to visit Thursday Island, which was a highlight for this week. We decided to go on a whim as we hadn’t really planned for it because we knew it was a little expensive. But we are glad that we took the plunge. An early morning hour and a bit ferry ride took us past some beautiful islands and on to Thursday Island, affectionately known as TI. The water was blue and clear, pity we didn’t see any marine life. We took a tour of the Island with Dirk, a local in his tour bus/taxi and learnt about the TI’s history and milatary importance. TI was not previously an inhabitied island as there was no permanent water source, but given it’s position and sheltered bay it became the ‘Captial’ of the area. Green Hill fort was very important to protect trade routes in early history (1891) and later in WWII. As well as the Islander culture, the Japanese and Chinese also made this place home. TI is a little gem of a place and we wish that we could have explored it further and the surrounding islands, but better leave something for next time!

After our few days up at the Tip, we started south and crossed back over the Jardine River to complete the northern half of the OTT as described in the previous post. From there we travelled with Dom and Kate to Chili Beach, a tropical wonderland on the east coast of the Cape. Tune in for our next adventures.